MUMBAI: Under pressure from the government, the country’s largest lender State Bank of India (SBI) is understood to be reviewing its minimum balance requirement which is currently Rs 3,000 in urban centers.
The bank is also changing the requirement from monthly average balance to quarterly average balance. The move follows reports that the bank made Rs 1,772 crore in fees+ by imposing penalties for nonmaintenance of minimum balance between April and November 2017. 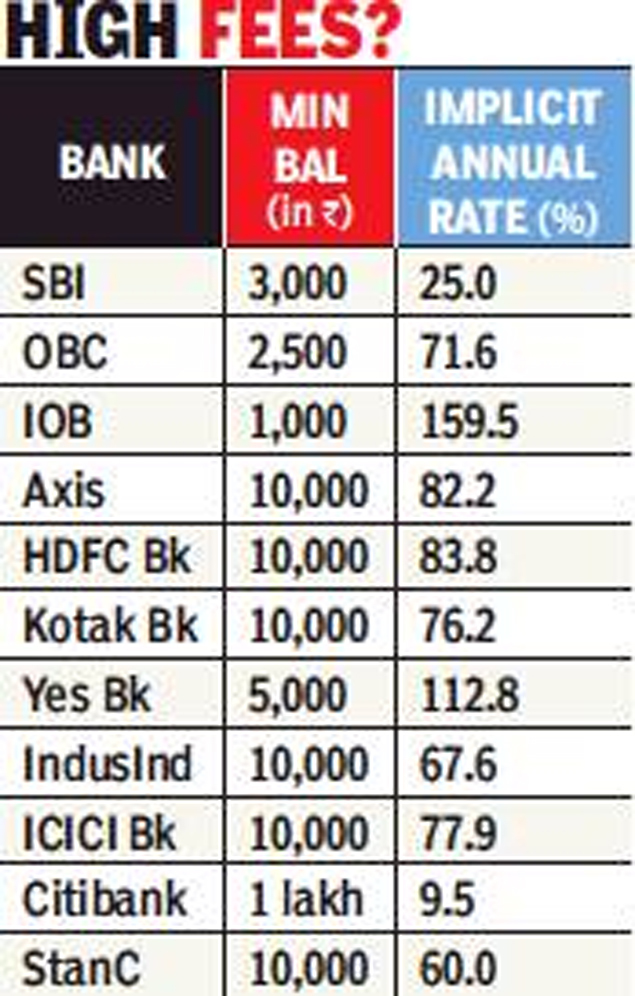 When contacted, bank officials said that no decision has been taken on revising the minimum balance requirements. However, sources said that the bank was calculating the impact of a revision in charges. The shift to an average quarterly balance requirement will help those with irregular cash flows to make up their balance shortfall in one month through a higher balance in the subsequent month.

SBI has 27 crore savings accounts that are subject to maintaining minimum balance. Earlier an RTI query had revealed that SBI recovered Rs 235 crore as penalty from 3.89 crore normal savings bank accounts for not maintaining minimum monthly average balance in April. In December, TOI had published a study by Ashish Das, professor, department of mathematics at IIT-Bombay, which showed that most banks were violating RBI’s directive of ensuring the penalty for non-maintenance of minimum balance is in line with the shortfall.

SBI had earlier said that the bank was forced to review its charges because of an increase in expenses. One of the biggest expense was the costs involved in linking bank accounts with Aadhaar. The increase in the number of Jan Dhan Accounts had increased the operational cost of the bank.